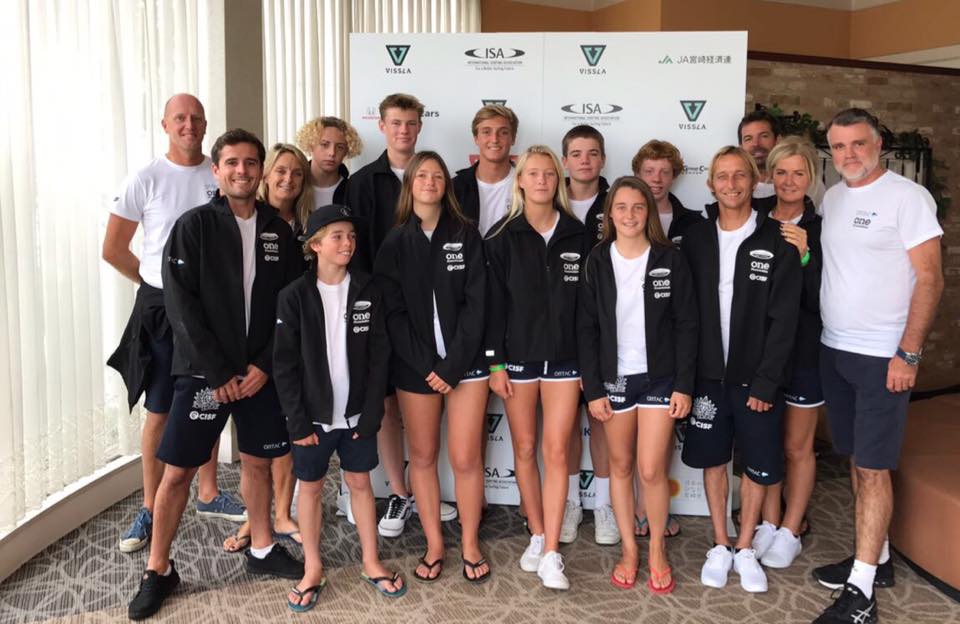 Local boys Tom & Louis are in the CISF Juniors Team for the 2017 ISA World Junior Championships. 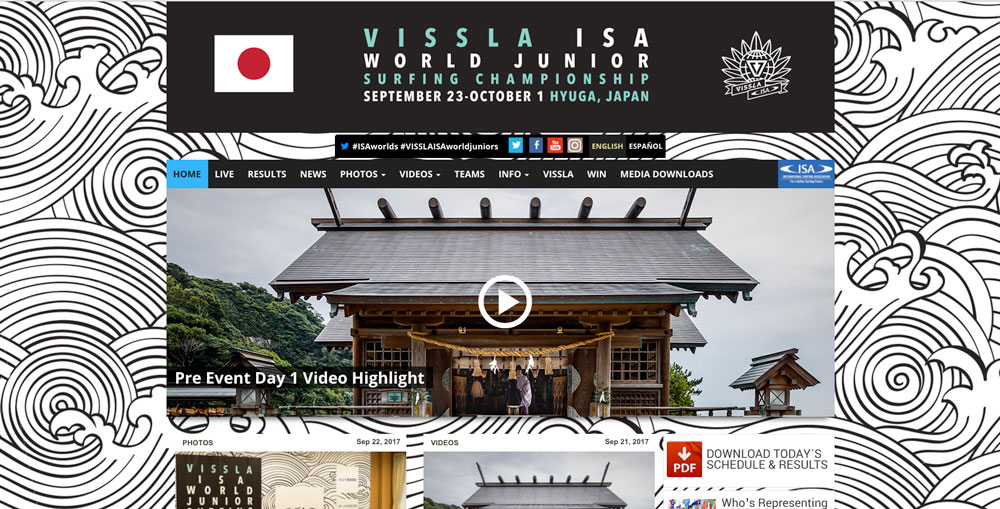 Hyuga, Japan, September 20, 2017 – The world’s best junior surfers are set to gather in Japan to represent their nations and go for Gold at the 2017 VISSLA ISA World Junior Surfing Championship in Hyuga from September 23 – October 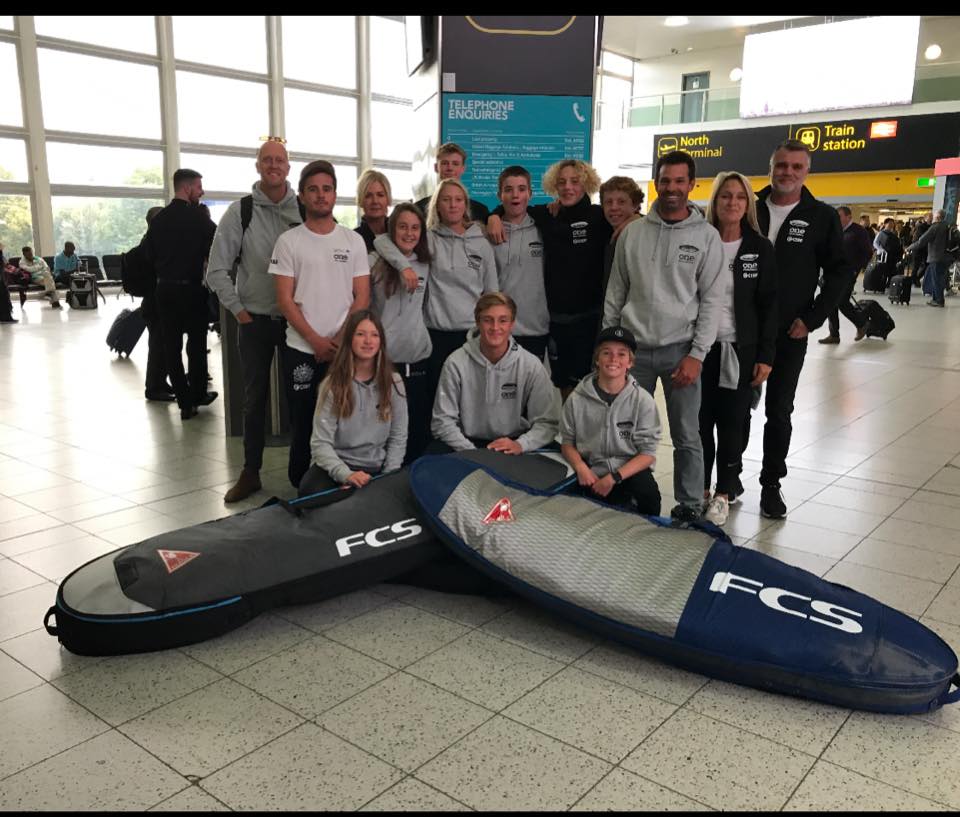 This is a historic event for Guernsey and CI surfing with the first ever CI team to compete at a world junior championship event! Get behind these guys and show them your support.

Watch LIVE: The ISA World Championship will be streamed live on www.isaworlds.com from September 23 – October 1.

Fans will also be able to watch the live webcast on the ISA’s Facebook page, International Surfing Association. 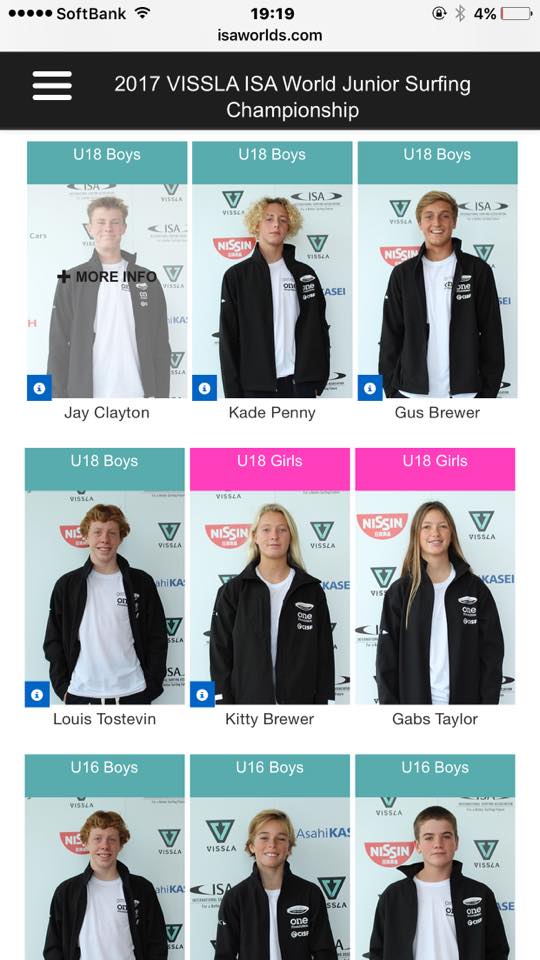 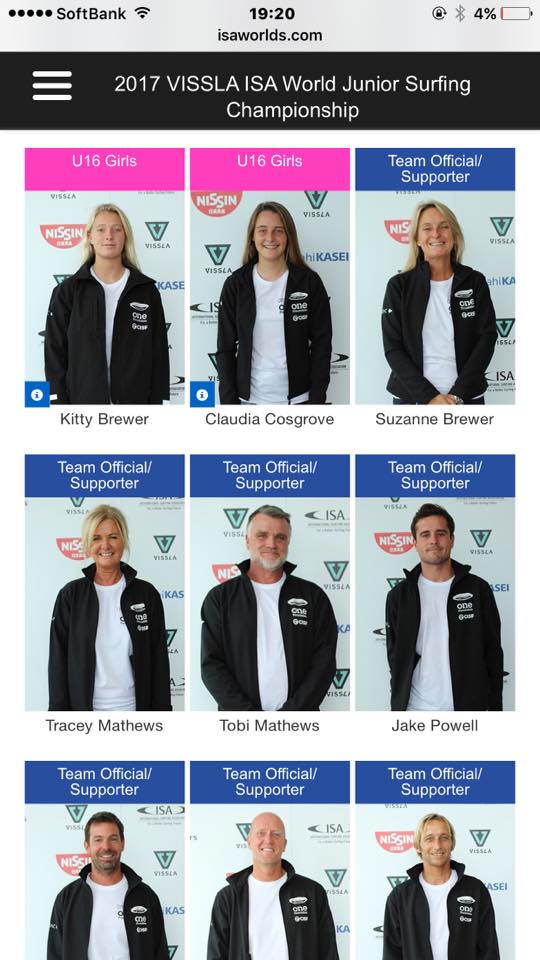 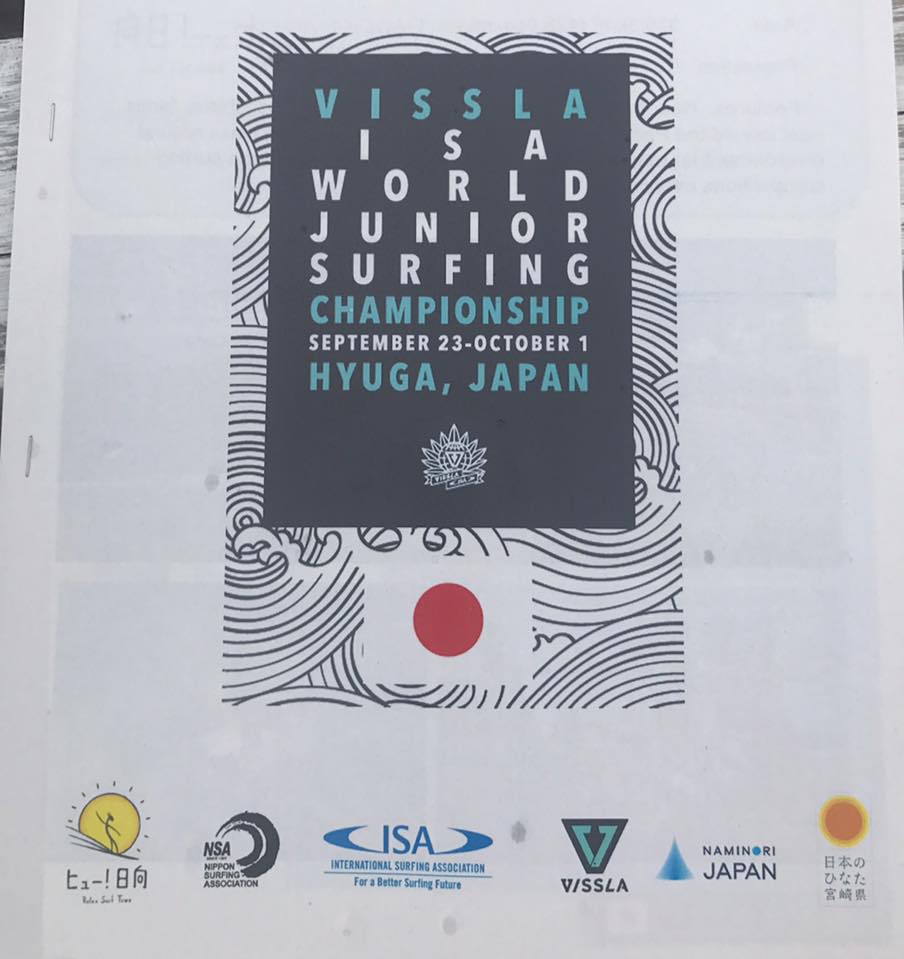 Here are the ten things you need to know about the upcoming competition:

With Olympic Surfing set to make its debut in Japan at the Tokyo 2020 Games, the 2017 VISSLA ISA World Junior Surfing Championship will serve as a precursor to the high-performance Surfing that will be experienced in 2020. The event, which has proven to be an indicator who will become the future stars of the sport, will provide a preview of the potential future Olympians who could represent their countries at the Games in three years’ time.

Riding the Olympic wave of momentum that has allowed Surfing to penetrate new non-traditional markets around the world, the 2016 edition of the event made history as the largest to date with 347 surfers from 39 countries. The 2017 edition is expected to exceed these numbers, featuring more than 40 nations and leading to another record-breaking edition of the event.

3. The Rise of Team Japan

Team Japan made history in the 2016 edition of the event, earning the overall Team Copper Medal, their first-ever ISA junior team medal. The Japanese will return four surfers from their 2016 squad with the aim to win another team medal for the local crowd in Japan.

The ISA World Championship will be streamed live on www.isaworlds.com from September 23 – October 1. Visit the official event website for results, photos, videos and news pertaining to the competition.

Fans will also be able to watch the live webcast on the ISA’s Facebook page, International Surfing Association.

This year’s competition marks the fourth consecutive year that VISSLA has supported the World Championship as the title sponsor, bringing their youthful, unique energy to the world’s largest junior surfing competition.

Vissla is a brand that represents creative freedom, a forward-thinking philosophy, and a generation of creators and innovators. They embrace the modern do-it-yourself attitude within surf culture, performance surfing, and craftsmanship. This is a surf-everything and ride-anything mentality.

The 2017 edition will feature two teams that are fielding two past ISA Junior World Champions each. Hawaii will bring Summer Macedo (2015) and Brissa Hennessy (2016) and France will bring Leo-Paul Etienne (2014) and Thomas Debierre (2016).

The 2017 VISSLA ISA World Surfing Junior Championship will be the first time the ISA has held an event in Japan in over 27 years. The last time an ISA World Championship took place in the ‘land of the rising sun’ was when the 1990 ISA World Surfing Games graced the shores of Miyazaki and Niijima featuring future stars of the sport such as Kelly Slater, Rob Machado, and Taylor Knox.

The ISA will be posting live updates, photos and videos from the competition on social media. Follow along on Facebook, Instagram, Twitter and Snapchat and don’t forget use the official hashtags #ISAworlds and #VISSLAISAworldjuniors.

Recognized by the IOC as the world governing body for Surfing, the ISA’s mission is to create a better world through Surfing. This is accomplished through annual World Championships, membership development, educational programs, scholarship distribution and working towards Surfing’s inclusion in the Olympic Games. 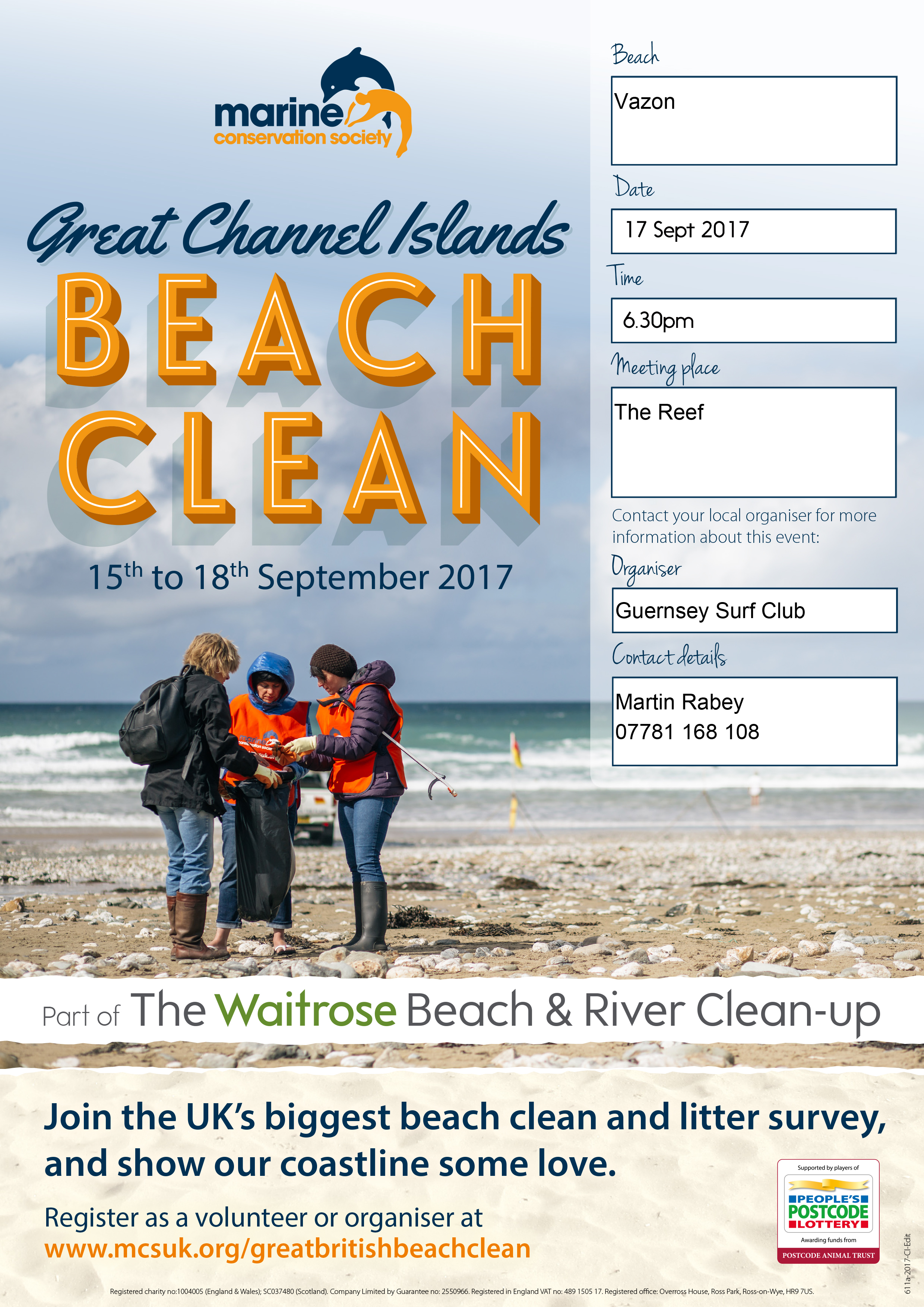 The GSC has sign-up to take part in this years Marine Conservation Society Beach Clean – Please come down and join in meet at the Vazon reef car park, at 6.30 pm on Sunday 17th September. (Next Sunday).
Everyone to bring their own gloves, gardening gloves / rubber gloves – We are registered to survey over 2 x 100 metre stretches of beach. The first is at the reef, the second is around the Richmond slipway. The idea is to record every bit of beach litter in that 100 metre section. Under 18’s: Can join in but parents need to sign a consent form these can be signed on the day.

The C.I Championships will be held on the weekend of the 28/29 September in Jersey.

The closing date will be Sunday 22nd so we can arrange the running order. Any entries after this date will not be accepted.

For anyone entering from Guernsey please email  [email protected]

We will also need help on the day to make this event a success.

The team going to the Euros will be on hand to help over the weekend but we will need others.

If you or anyone can help please let us know ASAP.