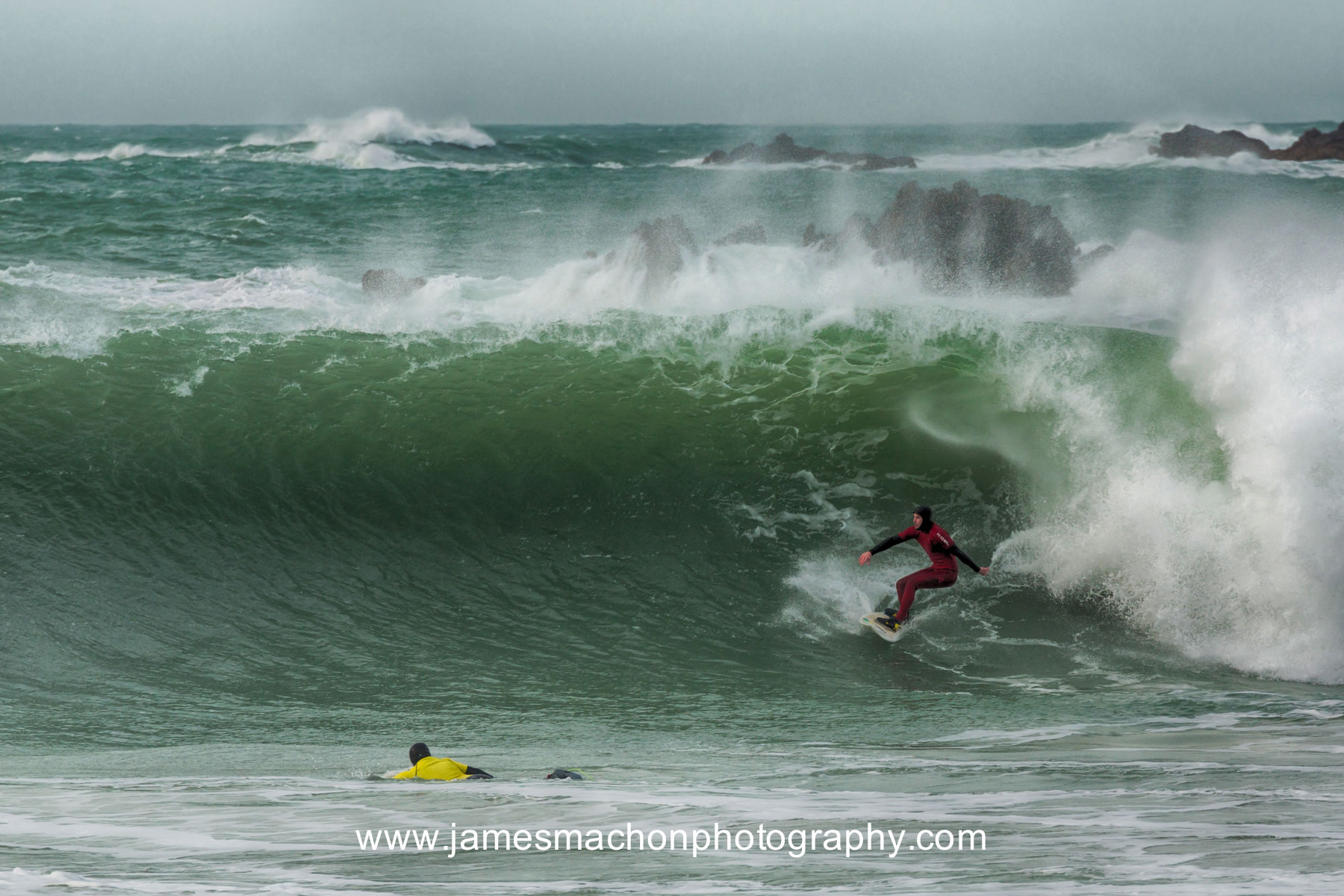 Last thursday many gathered down at Vistas to see the  presentation of the much anticipated and long-overdue Island champs awards.

Due to a mixture of testing conditions and the intermittent absence of various surfers and judges the contest window was ridiculously long but we got there in the end. Vistas at Vazon did the club proud with a good turnout on hand to see the coveted prize of Men’s Open champ go to a very worthy winner indeed.

As you will all have no doubt seen, the Open went down in thumping waves at Portinfer and the standard of surfing and commitment in such challenging conditions from all the competitors was truly outstanding. Both Dan Yabsley and Ric Smith were throwing themselves over one heaving ledge after another putting both their bodies and boards on the line. Johnny Wallbridge paid a high price for his commitment when, with 15 minutes still left on the clock he snapped his board clean in half and had to bow out early. Jake Warr stuck to the southern corner of the bay, a tactic that scored him some great wedges which he met with a series of thumping turns. However it was Tom Colley who shone brightest in the relentless slabs matching power with power and carving his way to a deserved victory.

The U14’s and U16s events were once again dominated by Louis Tostevin and he even ran regular under 18s champ Will De Garis pretty close to the line in that division but in the end Will’s strength and experience once again clinched the title that he has made his own for so many years. The conditions for the junior events were less than ideal at times although the final of the under 18s was once again held in some pretty challenging conditions so congratulations to everyone who took part.

Eleanor Harlow dominated the Ladies contest with fluent and intelligent surfing and Al Mitchell managed to hold onto the Masters title in solid, clean conditions at Perelle which were a joy for all the participants that day although Andy Torode did see his beautiful single fin go the same way as Johnny W’s doomed shooter in the Open final.

It was however, the Longboarding division that was possibly one of the most enjoyable to watch, where in clean and consistent 3ft conditions at T’Others Stu Blondel took home the crown. He was pushed every step of the way by Rob “Weather Fox” Plummer who danced his way effortlessly around his board and even threw in a few headstands for good measure. The result was incredibly close but the grace, flow, poise and sheer length of rides that Stu exhibited was enough to get him across the line.

Thanks so much for everyone who turned up to the presentation and congratulations to all the surfers who took part. A massive thanks to Yak Wax, Freedom and Breda who provided the prizes GSC is always incredibly grateful for your support.

We are looking to run more juniors events over the summer so stay tuned for more information.