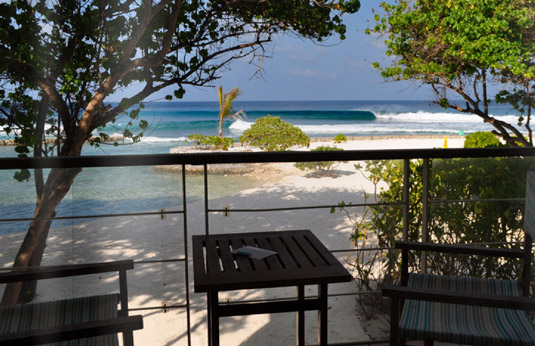 By gscadmin December 4, 2013 Travel
No Comments 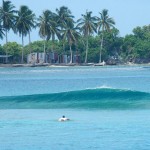 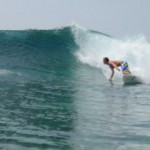 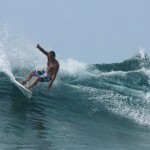 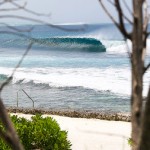 Al Mitchell was lucky enough to score two weeks in the Maldives at Kandooma back in July, we catch up with him and find out how it went:

Not really too much negative to say about Kandooma. The Island is blessed with white sands, azure skies, lush tropical greenery, clear turquoise water and a picture perfect right hander peeling metres away from your front door. With a world class left and six more waves within a short trip by boat, great food, 5-star level accommodation/facilities (albeit a 4 Star hotel) and a kids club – Kandooma is a perfect destination for a surfer to go with a partner or a family.

Here’s a run down of the waves on offer:

Kandooma Right: Straight out the front of the resort, this long reeling right hander is fun at any size but at 3-6ft on the lower tides the fun really begins. It has two distinct take off sections, the outside is the softer mal friendly option but the inside peak reels off down the reef for 100 metres. The Crowds fluctuate depending on whether its an Australian school holiday and how long it’s been between swells but I found that if you avoid the earl y and head out when everyone is at the breakfast buffet you can easily find yourself sitting in an empty lineup.

Tucky Joe’s: One of the best left handers I have ever surfed, about a 45 minute boat ride from the resort and notoriously fickle. A freight train left with 200 metre plus rides. It just goes on and on and produces the sort of waves you scribbled on your books at school while you were daydreaming in history. Apparently it can get crowded but I surfed it with 3 other guys until my legs felt like they were going to fall off

Riptides: A short boat ride or wade across the lagoon to the neighbouring island. A peaky, playful right hander, usually a foot or so bigger than Kandooma Right but no where near as punchy.

Foxy’s: Just over the channel from Riptides a fast racy left that breaks over a shallow reef, 100-150 metre rides are frequent.

Quarter’s: Just off the nearest island to Tucky Joe’s is Quarter’s, so named because it breaks alongside the staff quarters for the Anatarra resort. When the wind switches this is the only option as it’s sheltered by the b